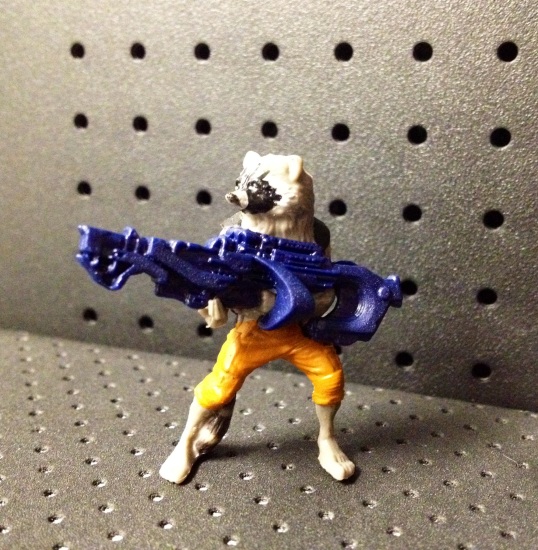 I don’t know why…there were a lot of doubters heading into GotG. Well…here we go…one of the biggest movies of the year in week two…I mean c’mon! Talking Raccoon! What more do you want?

Rocket Raccoon from Guardians of the Galaxy (August 2014). Not technically an action figure per se…but this little guy might be as close as we get for this franchise until the sequel.

So we didn’t get a 1:18 scale line of GotG from Hasbro. 6″ did. And they made these little 2″ figs for for vehicles. So…let’s hope that turns around for the sequel in a few years. Well, what do we have here? Does Rocket match up?

We got close. Rocket is clearly not in scale with the 2″ figs he comes with. I took the “line up” photo and did some quick math…a true 1:18 Rocket should be almost exactly 2″ tall. These mini figurines come in at 1 5/8″…a few eights short…but as close as we can get for now. Plural? Yes, there are two… 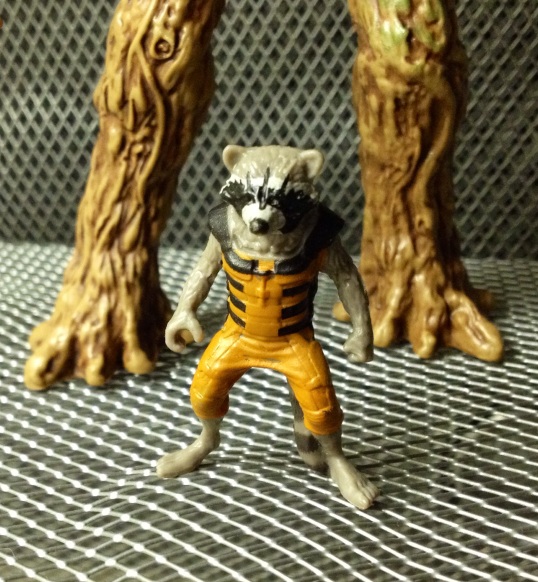 “Asleep for the action and awake for the money…as usual.”

So…decent paint and sculpt, we get our weapon swap with the two different figures. They both have the back peg slot for accessories. (?) As alluded to above…he does have at least one buddy from the film…more on that later.

Verdict: Waiting for the whole team. Could be a tad bigger. Beggars can’t be choosers and all that.